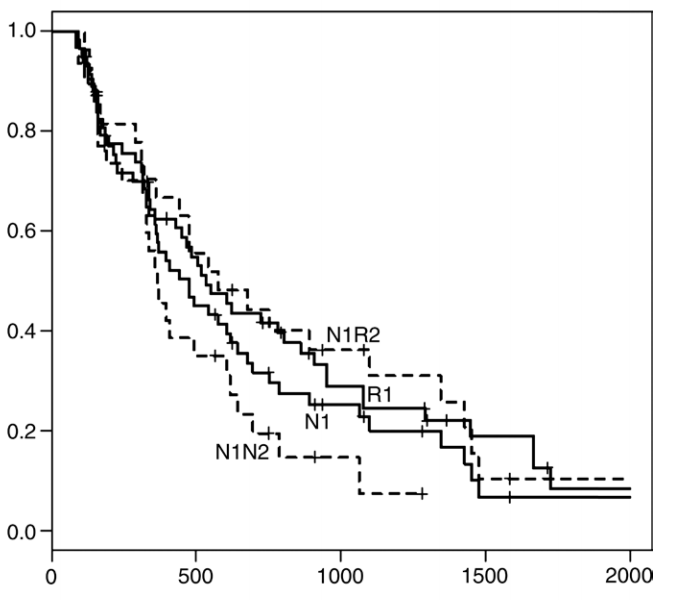 Purpose To (a) evaluate the response of hepatocellular carcinoma (HCC) to chemoembolization after initial nonresponse, as determined with European Association for the Study of the Liver (EASL) criteria and modified Response Evaluation Criteria in Solid Tumors (mRECIST), and (b) compare posttreatment survival of initial nonresponders versus that of initial responders.

Materials and Methods The institutional review board approved this retrospective study, which was compliant with HIPAA. A total of 116 consecutive patients (96 men, 20 women; mean age, 63 years) with unresectable HCC who underwent at least two chemoembolization procedures were included. The chemoembolization mixture consisted of 100 mg of cisplatin, 50 mg of doxorubicin, and 10 mg of mitomycin C mixed 1:1 with iodized oil. Tumor response at magnetic resonance imaging was evaluated after each chemoembolization procedure according to EASL criteria and mRECIST. The survival rate in each subgroup was calculated and correlated with response. The Wilcoxon test was used to test group comparability. Kaplan-Meier estimators were used to generate survival curves and compared by using the log-rank test.