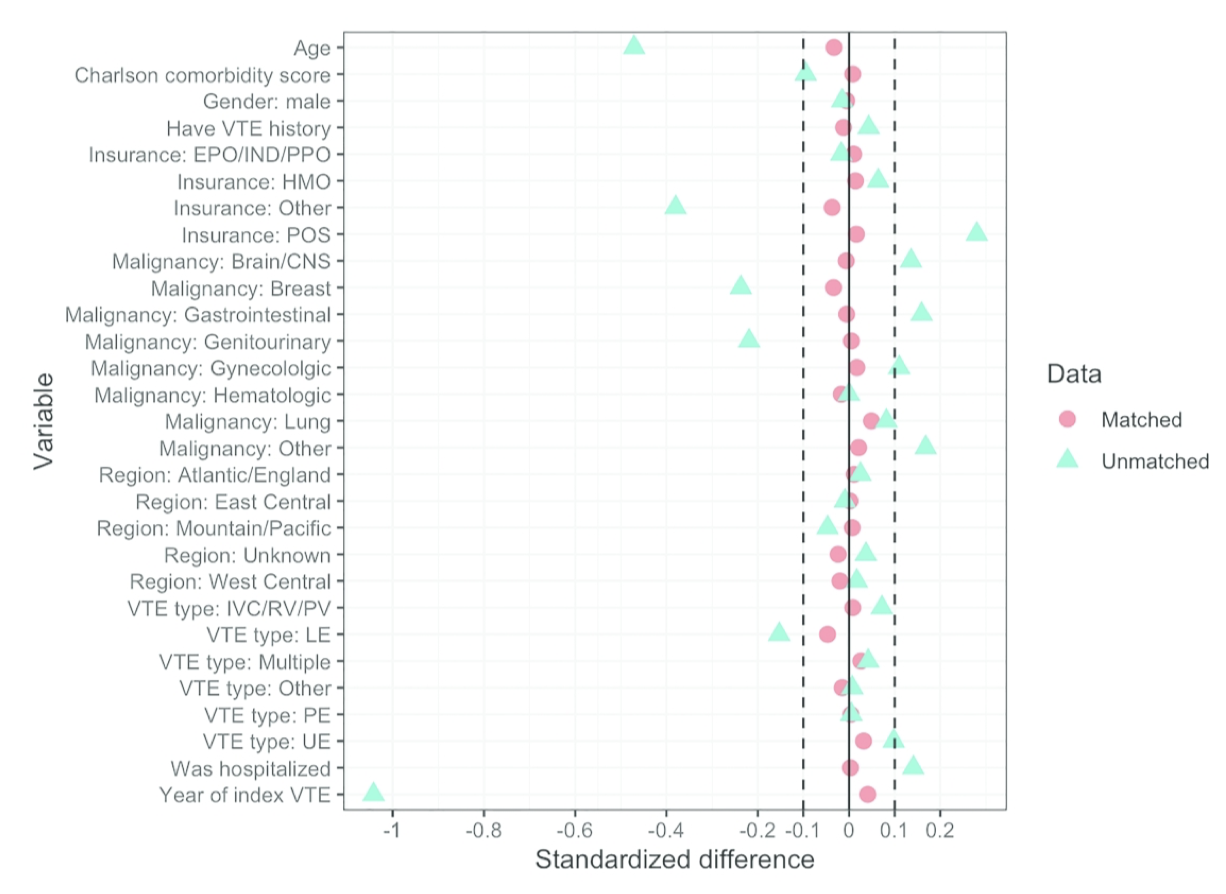 Background: Low molecular weight heparin (LMWH) and direct oral anticoagulants (DOACs) are used to treat cancer associated thrombosis (CAT). It is not clear if patients are less adherent to LMWH compared to DOACs.

Objectives: To compare medication persistence and adherence between LMWH and DOACs.

Patients/Methods: We analyzed Optum’s de-identified Clinformatics® Data Mart Database of privately insured, adults with cancer diagnosed between January 2009 and October 2015 who were undergoing chemotherapy, immunotherapy, targeted, or hormonal therapies, developed CAT, and were treated with an outpatient anticoagulant. The proportion of days covered (PDC) was calculated from the date of anticoagulant prescription until the anticoagulant was switched, stopped, or the study end. Medication adherence was defined as PDC ≥ 80%, ≥ 95%, and by comparing the mean PDC.

Results: Two propensity matched groups of 1,128 patients were identified. Patient persistence was higher with DOACs compared to LMWH (median 116 days versus 34 days). With adherence defined as PDC ≥ 80%, we found no significant difference (95.6% versus 94.6% adherence with DOACs versus LMWH, p=0.33). The mean difference of PDC between the two groups was also similar. With medication adherence defined as PDC ≥95%, adherence was evident in 73% of DOAC users and 81% of patients on LMWH (p<0.001). Prescription copayments were higher on average for LMWH compared to DOACs (mean $153.61 versus 40.67; SD $306.74 versus $33.11).

Conclusion: Patients remain on DOACs longer than LMWH, but medication adherence is similar with LMWH.